Canada’s restaurant industry brings in $80 billion in sales every year, according to recent data. Changes in consumer behaviors, such as moving away from eating three square meals a day (Nestle Canada’s “Evolution of Eating in Canada” symposium revealed that many Canadians are grazing throughout the day and focusing on snacking) or eating more frequently at home than at restaurants, is making it all the more important for operators to stand out from competitors.

Lunch, often associated with brown-bagged sandwiches consumed at work, is one time of day where operators could practice innovative ways to garner more consumers. A survey by Nova Scotia’s Dalhousie University found that most people pack their own lunch, with only about a quarter of employees buying lunch during the workweek. As a restaurant, how can you snag a piece of the lunch daypart? Take inspiration from these top lunch trends making their way throughout the country.

Functional foods with a health-driven focus

Healthy foods are having their moment in the spotlight – many chains are adding health-driven ingredients and dishes to menus, often showcasing a variety of items that accommodate gluten-free or vegan diets. Datassential’s MenuTrends tool, which tracks menus from over 500 Canadian restaurants and hundreds of thousands of menus in the U.S., helps companies identify and capitalize on food trends. According to MenuTrends, “gluten-free” is one of the top-menued health terms appearing at about a third of Canadian restaurants, growing over 250 per cent over the past four years. Chains ranging from Second Cup Coffee Co. (which offered a gluten-free, dairy-free, vegan Almond Date Smoothie with Flax that can serve as a light lunch option for a limited time this spring) to Boston Pizza (with items like a Chipotle Chicken Club or MVB Burger starring on its special GlutenWise menu) are catering to those with gluten-free diets. 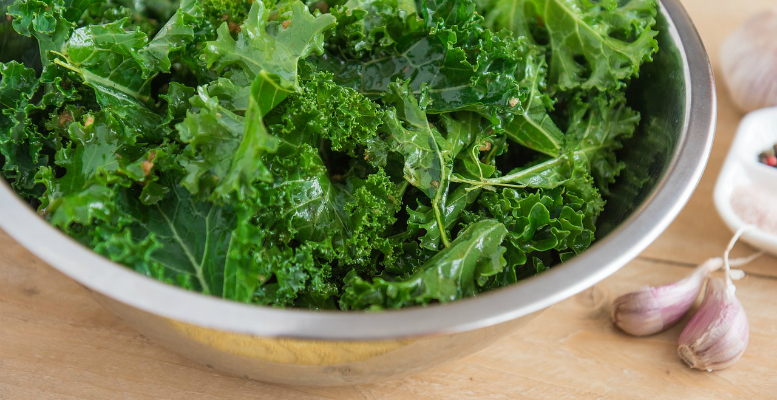 Restaurants are also bringing more veggies to the menu as terms with a health-halo connotation, like vegan, are trending (vegan fare is found on six per cent of Canadian restaurant menus and growing from past years). Salad, a perennial lunchtime favorite, has been taken to new heights recently with the addition of trendy, healthy ingredients. Kale, which continues to be iconic in pop culture (who can forget the KALE sweatshirt Beyonce wore in her “7/11” music video), is one of the fastest-growing ingredients in salads in Canada.

While Caesar is the most menued salad variety in Canada, the term “kale salad” has grown nearly 30 per cent in just the past year alone, and kale as an ingredient in any salad has grown 870 per cent over the past four years. Last year, McDonald’s released the Keep Calm, Caesar On salad with crispy chicken, “parmesan petals,” and a lettuce blend that included baby kale, at select Canada locations. Just this spring, McDonald’s offered a limited-time Asian Sesame Fusion Salad that combines edamame, crunchy cashews, and sweet sesame dressing atop a bed of baby kale. As kale continues to be popular in salads and other lunch dishes (it’s also one of the top growing ingredients on sandwiches) operators may look to the leafy green as inspiration for what might be in line as the “next kale,” such as broccolini (it stars alongside kale in the Superfood Side offered by U.S.-based Chick-Fil-A, currently with one location in Canada).

Datassential’s recently-released “MenuTrends Keynote Report: Sandwiches” showed that the fastest-growing sandwich, a perennial lunchtime favorite, wasn’t a typical BLT or ham and cheese sandwich, but a Vietnamese banh mi. The sandwich has grown nearly 400 per cent over the past four years on U.S. menus, and that’s mirrored in Canada, where the sandwich (traditionally made with pâté and pickled vegetables on a crusty French baguette), though only on about one per cent of restaurant menus, is also trending. At Vancouver’s Dock Lunch, consumers can find a menu mostly featuring traditional U.S. Southern cuisine and comfort foods, but on Banh Mi Fridays, folks can get their hands on the famed banh mi made with pork meatballs and Vietnamese slaw.

While the most-menued sandwich options remain classics such as club sandwiches and wraps, Cuban sandwiches are also on the rise. Earlier this year, Ontario-based Extreme Pita released two Cuban-related limited time offers – a Cubano Porchetta flatbread as well as a wrap, described as “packed with protein” and filled with traditional Cuban sandwich ingredients like ham along with provolone and honey mustard. Looking at INSIDER, Datassential’s LTO and new menu item tracker, we also see how other global ingredients, such as sriracha, are trending. In addition to being the fastest-growing ingredient on sandwiches today, top Canadian chains also added 10 new or limited-time items featuring sriracha just this year (from spicy sriracha pizza sauce at East Side Mario’s to a sriracha lime sauce that spices up Swiss Chalet’s classic Quarter Chicken Dinner). 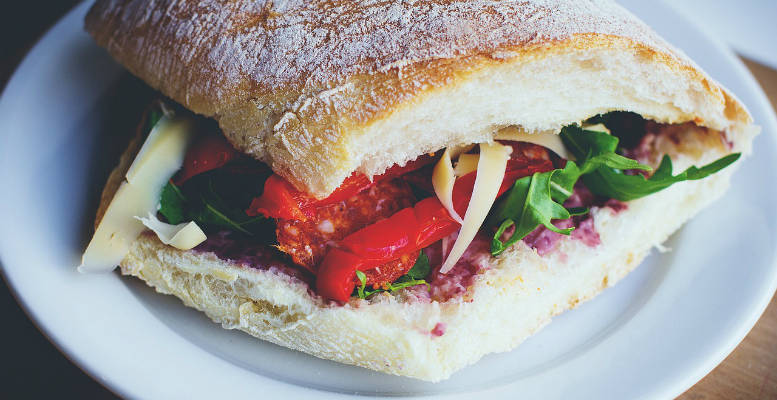 Even as ingredients like sriracha continue to grow across Canada and North America, one unavoidable question that comes up often is, “What’s the next sriracha?” In analyzing foods trends, Datassential looks at the Menu Adoption Cycle (MAC), our company’s framework for understanding current trends and predicting future ones. Any ingredient or flavor can be tracked from its Inception, the first stage, where it’s only available at fine dining restaurants or ethnic independents; to Adoption, where trends start to gain traction in chef casual and fast casual restaurants; to Proliferation, sriracha’s current stage, for example, characterized by its mainstream availability; to Ubiquity, where trends have fully matured and can be found throughout retail and foodservice.

For operators looking to become early adopters in pioneering emerging food trends ahead of the curve, it’s those items in Adoption that we say are in the sweet spot (nothing too crazy or foreign, but still unique enough to stand out), perfect for adding to your product line or menu. For a flavor like sriracha, operators can look to other global hot sauces for inspiration, from sambal (an Indonesian hot sauce that is often referred to as “the next sriracha”) to harissa (a North African pepper paste that can be stirred into aioli or sauces to accompany wings or burgers).

Lunch on demand – ingredients or meals delivered right to your door

Across North America, a different type of meal, unlike eating at home or eating out, is emerging. Meal kit companies, which deliver fresh ingredients along with recipes for making lunch or dinner (sometimes also dessert or breakfast) straight to consumers’ doors, are bridging the gap for folks who like to cook but might not have time to shop for all the ingredients some recipes call for. Datassential recently explored the evolution of eating in, highlighting the rise of technology-driven food delivery through companies such as UberEats as well as meal kit subscriptions, in our “Foodservice @Home Keynote Report.”

We’ve also started to track the specific dishes and ingredients featured by companies like HelloFresh or Blue Apron through our INSIDER meal kit database. In the U.S., only about 18 per cent of consumers have subscribed to meal kits, but meal kit companies are undoubtedly trending around the world – the Globe and Mail reported that Toronto-based Chef’s Plate Inc., one of Canada’s fastest-growing startups, has sold more than 2 million meal kits, and is now eyeing an IPO next year. As the popularity of meal kit companies rise, they could become more popular as a lunch option, especially with companies featuring recipes that can be easily adapted for lunch or dinner (GoodFood features dishes like a Baked Falafel Salad with Roasted Red Peppers or a Soba Noodle Stir-Fry with Bok Choy).

There’s also been a “rise of the instant-delivery lunch” in Canada, according to the Globe and Mail, where UberEats, along with companies like Toronto-based MealSurfers (an app that lets home cooks prepare and sell food from their own kitchens), have become disruptors in the restaurant space, creating a trend that’s likely to become an increasingly important aspect of Canada’s lunch landscape.

Renee Lee is a senior publications specialist at Datassential, a supplier of trends, analysis, and concept testing for the food industry. For more information about North American food trends, contact Dave Jenkins at 847-903-5744 or dave@datassential.com.